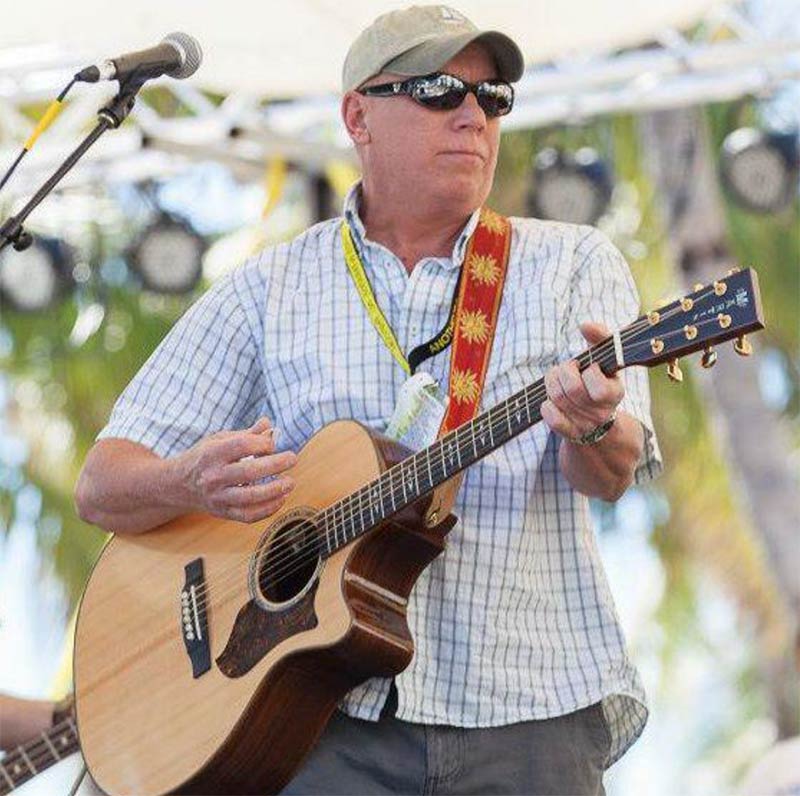 Music has long been a part of Jimmy Maraventano’s life. From age 13 when he first picked up the guitar, Jimmy continued to play with family members and

Music has long been a part of Jimmy Maraventano’s life. From age 13 when he first picked up the guitar, Jimmy continued to play with family members and friends, adding the banjo to his repertoire along the way. His first paid gig was in the Catskills playing after dinner sing-a-longs. People seemed to like it. Then, like a lot of folks, marriage and children put his musical career on the back burner for about 10 years.

In 1999, Jimmy started his own band, Second Wind, after hosting a Caribbean-themed party and buying a Jimmy Buffett CD. He liked what he heard, and he learned a few tunes. The band is now known as Jimmy and the Parrots, and they’ve performed all over the US as well as in the little latitudes of St. Kitts, Nevis, Grand Turk, Jamaica, the Bahamas, and the Dominican Republic.In 2012and 2014, they were named Entertainer of the Year at the Trop Rock Music Association’s Award Ceremony in Key West, FL. Jimmy performs all types of music, from Jimmy Buffett to the Beatles to George M. Cohan to the Beach Boys to Simon and Garfunkel with some fun, crowd-pleasing original tunes thrown in for good measure.. Jimmy’s solo act truly appeals to all ages and all musical tastes.